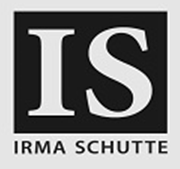 years before embarking on the academic field of
employment, joining the University of Pretoria as a lecturer for the

practical training of the final year students in social work.
She has also been a practical lecturer for Master’s degree social

work students in play therapy at Huguenot College. She also
acted as a part-time marker for the final year students in social

work, research proposals at UNISA. She is regularly appointed
as an external examiner for Master’s Degree Students in Social

Mrs Schutte has been in private practice since 1996. Her areas

of specialisation are all matters relating to families and
children, divorce, mediation, child therapy and parenting

coordination. In the field of divorce Mrs Schutte has dealt with
approximately 5000 + cases of forensic investigations in care and

contact and child abuse matters.
Mrs Schutte was on the Steering Committee that established the

South African Professional Society on the Abuse of Children
in 2000. The publication: Child Abuse Research in South African

evolved from this Committee.
In 2001 Mrs Schutte received an award from the Office of the

Family Advocate as recognition of service rendered to the
people of Gauteng. Mrs Schutte was also involved in National

Training of the Office of Family Advocate in 2004 as a copresenter.
Mrs Schutte was also part of the training team of the Law Society

of South Africa that was requested in 2004 to embark on
national training for lawyers, social workers and psychologist, with

the theme: “Child Law - a revolution”. This training was
presented in Pretoria, Pietersburg, East London, Durban and

Mrs Schutte was also the founder of the annual conference:

skills to deal more effectively with divorce matters.
Mrs Schutte is also a presenter of various workshops which are

During 2000 Mrs Schutte undertook an International study tour to England and the Netherlands in order to study their
methods of dealing with divorce matters. She specifically investigated and studied the “Rotterdamse Omagangshuijs Project”
which is a project aimed at monitoring of contact. This project is maintained by “De Raad voor de Kinderbeschkerming” which is

the equivalent of the Office of the Family Advocate in South Africa. She received training under the guidance Liesbeth-
Smulders-Groenhuijsen in mediation and related matters.

During 2012 Mrs Schutte developed the “Child’s Voice Toolkit” in conjunction with her colleague, Dr Ronel Duchen. The
toolkit supports children to have a voice in all matters relating to them.
This “Child’s Voice Toolkit” was presented at the international Conference of the AFCC in Chicago in June 2012 and acquired
by professionals working with children from all over the world, (China, Australia, USA, England, Canada, Africa, etc.)
Mrs Schutte and Dr. Ronel Duchen was invited to present the “Child’s Voice Toolkit” at the 50th International Conference of
the AFCC in Los Angeles in May 2013.
In October 2014 the Office of the Family Advocates in South Africa obtained the Child’s Voice Toolkit and rolled it out in all
their offices as the formal method of assessment of children. Presently the Child’s Voice Toolkit is distributed and acquired
by professionals worldwide.
They have also presented a paper at the 52nd International Conference of the AFCC in New Orleans in May 2015 on how to
unlock deadlocks with the utilization of the Toolkit.
In 2016 Mrs Schutte was invited to contribute to the Law Reform Commission’s Project 101 that is reviewng the Children’s Act,
Act 38 of 2005. In 2017 Mrs Schutte was invited to the experts panel in Cape Town to discuss spesific aspects of Project 101.

methodology to assess adults and to work with them in various contexts like forensic investigations, mediation and therapy.

Mrs Schutte is a fully accredited member of: